Canada’s health minister says Canadians can anticipate changes to quarantine rules for travellers. But she’s not sure when that will happen. A government science panel last week recommended that the Trudeau government’s controversial hotel quarantine program be abolished, and that substantial changes be made to Ottawa’s quarantine program in general. […]

Canada’s health minister says Canadians can anticipate changes to quarantine rules for travellers. But she’s not sure when that will happen.

A government science panel last week recommended that the Trudeau government’s controversial hotel quarantine program be abolished, and that substantial changes be made to Ottawa’s quarantine program in general. Health Minister Patty Hajdu initially downplayed the report, but then seemed to embrace it.

The minister last Friday said during a press conference that the report is “very valuable and very helpful,” and that changes are coming.

“I think we can anticipate that measures will be adjusted,” she said. Noting that COVID-19 numbers are still high in Manitoba and that Alberta was just recently struggling with the virus, the minister said she needs to speak with provincial and territorial leaders before any announcements can be made. They’ll be talking again this week, Hajdu said.

Canada’s Chief Public Health Officer, Dr. Theresa Tam, said the report is “absolutely welcome” and that the government “should take this into account.”

Tam noted that the government will have to look at various indicators, including global vaccination rates, before it changes any policies.

“We will certainly be laying a path forwards in the near future,” she said. “If you were looking forward to what is to come in the next months, I do think that some alignment with how resilient the Canadian population is in terms of the vaccinations, how fast we can to some of these goal posts, if you like, will play into that as well.

“It is a very positive picture I think that we are heading into if we don’t let go too quickly and have to deal with a fourth wave or something like that,” Tam continued. “We can tolerate more international travel and people coming into Canada and be able to manage them safely.”

“We do accept the report,” Deputy Chief Public Health Officer Howard Njoo told reporters. “It is a road map.”

The federal government’s COVID-19 Testing and Screening Expert Advisory Panel last week called for the abolishment of the controversial hotel quarantine plan, which requires travellers to pay for a three-day stay at an approved airport hotel while they wait for COVID-19 test results. They also said that travellers who are fully vaccinated should no longer need to take a pre-departure test or undergo the mandatory 14-day quarantine and wouldn’t need to take the COVID-19 test seven days after arriving.

Critics have blasted the quarantine hotel program as both useless and unfair, noting that many arriving passengers have paid fines instead of quarantining or simply refused to pay fines. Others have avoided the hotel plan by flying into U.S. airports and crossing into Canada by land.

Sat Jun 5 , 2021
Egypt’s Land Transport Regulatory Authority and the alliance of bus rapid transit (BRT) system on Cairo’s ring road have signed a Memorandum of Understanding (MoU) to conduct technical and economic feasibility studies on BRT buses. The MoU’s signing was witnessed by Minister of Transportation Kamel El-Wazir, with the alliance consisting of international and […] 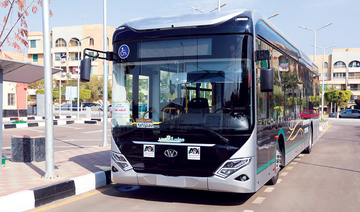