Rustam Haidarov, Deputy Director General for Industrial and Civil Engineering, Enter Engineering Enter Engineering After Uzbekistan gained independence in 1991, international tourism began to develop at an especially rapid pace, and all those who visited Samarkand had the opportunity to see for themselves why philosophers and poets of the past […] 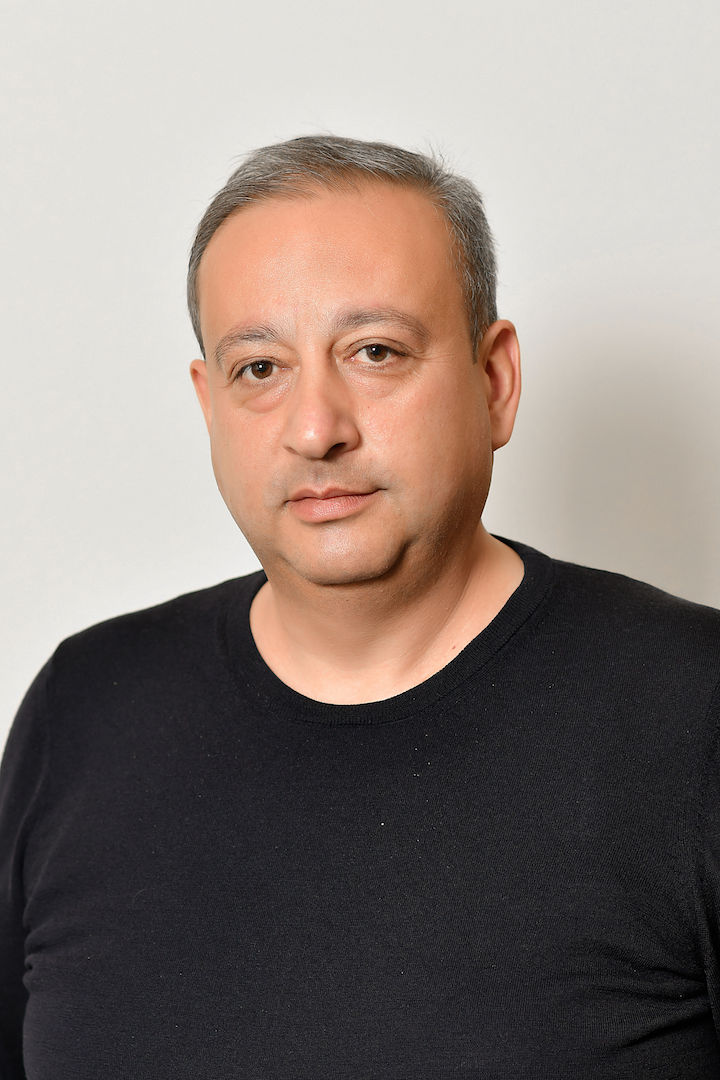 After Uzbekistan gained independence in 1991, international tourism began to develop at an especially rapid pace, and all those who visited Samarkand had the opportunity to see for themselves why philosophers and poets of the past called it “The Glorious Pearl of the Eastern Muslim World.”

Some records show that in only one year, from 2017 to 2018, international arrivals to Uzbekistan increased by 2.3 times, from 2.8 million to 6.4 million and most visitors would come to Samarkand to marvel at its historical monuments and sites at the heart of the ancient Silk Road. In early 2020 the United Nations’ World Tourism Organisation reported Uzbekistan as being the fourth fastest-growing country for tourism in the world. Samarkand will also be the host city for next year’s Shanghai Cooperation Organization Summit which will further drive up visitor numbers.

Besides its touristic appeal, Samarkand plays an important role as a transportation hub linking Tashkent and the further two historical cities of Bukhara and Khiva.

The old airport, initially constructed in 1967, no longer meets modern international standards and cannot cope successfully with the ever-increasing numbers of visitors to the city. So, it is not surprising that in November 2018 it was decided to redevelop Samarkand International Airport, and the scope of the project widened in July 2019 following the visit to the city by the President of Uzbekistan Shavkat Mirziyoyev. There was a clear need to create a modern tourist hub in Samarkand, and this included a new airport, a tourist centre with hotels, conference halls, theme parks and other entertainment facilities.

Redevelopment of the airport comprises reconstruction of the international terminal, construction of another state-of-the-art terminal, building a new runway and modernizing radar systems. The project also includes construction of 24 aircraft parking spaces and a 700-space passenger car park. The works are now 80 percent complete. It is anticipated that the airport’s capacity will increase from 350 to 1,000 passengers per hour, increasing potential passenger traffic from 460,000 to 2 million per year, and increase scheduled flights from 40 to 120 per week.

It would be impossible not to mention that a lot of work carried out by Enter Engineering took place during the coronavirus pandemic. One of the major challenges has been to maintain the safety and well-being of our staff and workers and prevent the spread of the virus. We introduced several effective measures to ensure that all our employees were aware of the dangers of the virus and the necessary practices of self-protection and care of others. These included the use of personal protective equipment, measuring the temperature of employees, good hygiene/disinfection measures, a quarantine system to manage any workers suspected of being infected, and their supervision by qualified medical personnel.  Despite some inevitable delays along the way, we managed to keep up with the overall plan and anticipate completing the project in September 2021.

With the rest of the world, Uzbekistan and Samarkand are poised to open their doors and hearts to millions of visitors from all over the world after the most testing year in recent human history. Besides its glorious architectural sites, the city has carefully preserved the traditions of many ancient crafts including embroidery, miniature painting, carpet weaving, copper engraving, pottery and ceramics, and wood carving. The city was added to the World Heritage List as Samarkand – Crossroads of Cultures, and it certainly retains this status from the time when it acquired its central position on the Silk Road between China and the West. Interestingly, Samarkand is twinned with cities from many other countries – Bulgaria, Peru, India, Brazil, Pakistan, Belgium, to name a few. These connections will only grow stronger and deeper with time and as the old saying goes: it is better to see something once than hear about it a hundred times.

When visitors come to Samarkand they will be greeted by a stunning new terminal – designed in the form of an open book with a direct reference to a book by Mirzo Ulugbek that appeared in 1444, “New Guragan astronomical tables”. At the time it was the most comprehensive textbook containing the coordinates of 1,018 stars and was considered one of the most significant and advanced documents on astronomy in the world. Translated into Latin this work was used in observatories all over Europe. The roof of the terminal will represent a map of the starry sky with some constellations recognizable from the air, especially when landing at night. Enter Engineering – already a flagship EPC construction company in Central Asia – is set to add Samarkand International Airport to its list of successfully completed civil construction projects.

For millions of people airports are not just gateways for visitors, large employers, sources of revenue – all of which are extremely important for a fast-developing New Uzbekistan – but comfortable modern airports are generators of a sense of hope and adventure that goes far beyond a simple journey from A to B. We hope that Samarkand International Airport will become a true source of pride and inspiration for many years to come!

Prior to this he was First Deputy General Director – Technical Director at OOO Nadymstroygazdobycha and also held several roles at ERIELL Group, including Department of Construction of Oil and Gas Facilities. He began his career at OJSC Mubarekneftegazmontazh ultimately becoming Chief Engineer and Chief of the Construction Staff.

Joy for Nidderdale families as tourist attractions start to reopen

Fri Jun 11 , 2021
Stump Cross Caverns opened its doors on Monday, welcoming the first visitors Marie and Tim Taylor, who toured the caves and ate at the popular Time Out Café following a recommendation from Pateley Bridge Tourist Information. The reopening also coincided with a visit by BBC presenter, Ade Adepitan, who was […] 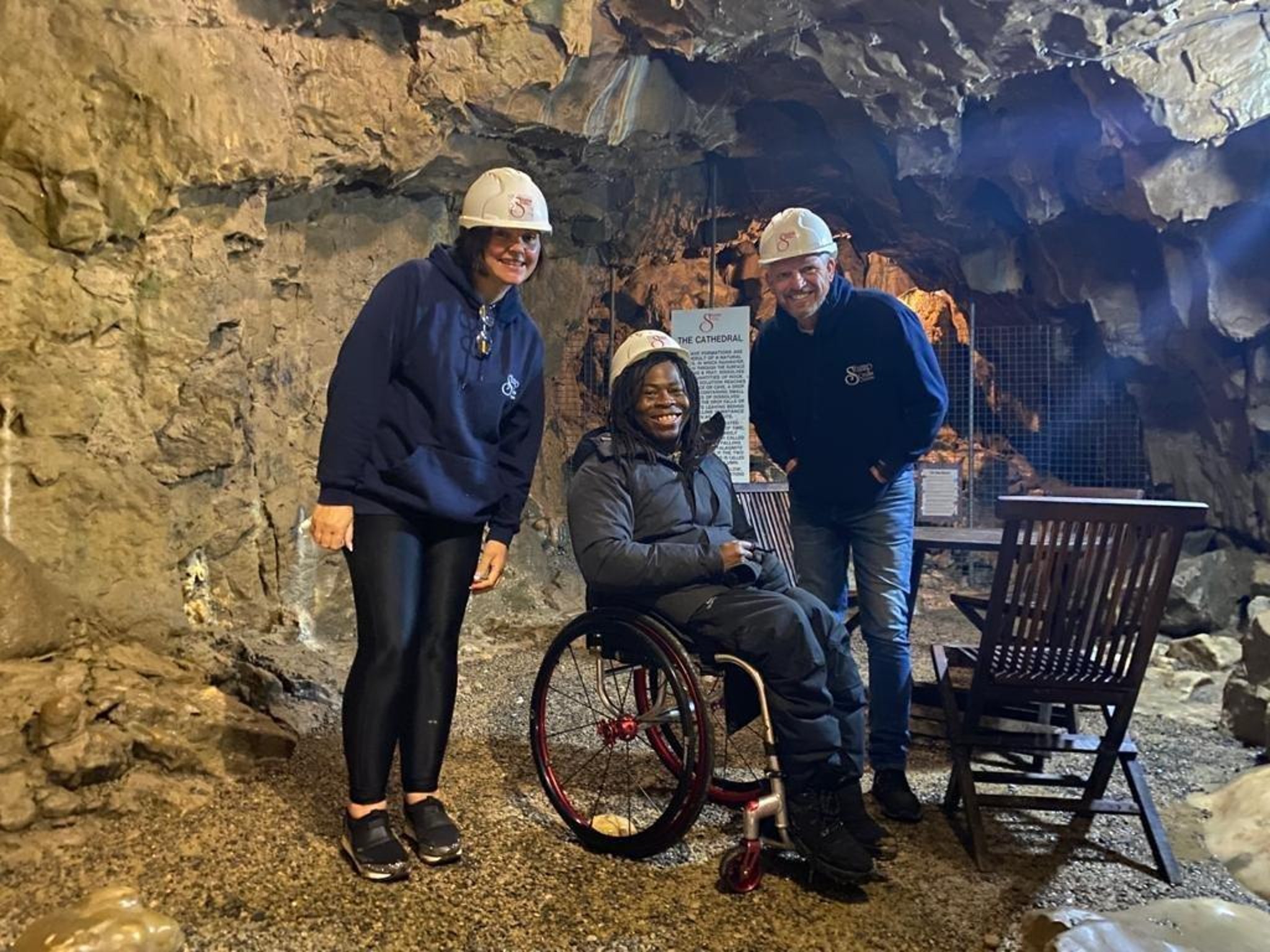