Police used a battering ram to break down the door to the home of a man from Liverpool who failed to quarantine in a hotel after transiting through a country on the government’s travel “red list”. Footage showed officers smashing their way through the front door of Mathew Owens’ home […]

The football coach, who had been living in Bahrain, said he was informed by consulate staff that he would be exempt from hotel quarantine if he did not leave the airport, and continued with his journey first to Frankfurt and then on to Manchester.

But on arrival in the UK, he was told that he would need to go straight to a hotel in Birmingham for mandatory isolation.

“I showed the border control officer my forms and told him where I’d travelled from and where I was going,” he told MailOnline.

“The officer told me because Abu Dhabi was on the red list, I’d have to be booked into a quarantine hotel for 10 days and the closest one was Birmingham.

“I told him that wasn’t the advice I’d received. I was then taken to a desk where I signed paperwork stating where I’d travelled from and that I could be subject to a £10,000 fine.”

But he said he refused to sign the form committing to an enforced 10-day stay in a hotel and was later driven to the accommodation in Birmingham accompanied by private security staff.

Mr Owens waited in the reception of the hotel before being collected by a family member, who drove him back to Liverpool in the early hours of Saturday, 10 April.

Two days later, police arrived at his home and after failing to gain entry, were filmed breaking down the front door and arresting Mr Owens in his bedroom.

One of the officers can be heard in a footage recorded by his mother saying: “You’re under arrest for a breach of Covid regulations, you’ve failed to quarantine in a designated hotel when instructed to do so.”

He was taken to a police station where private security staff transferred him back to Birmingham.

Speaking from his hotel room, Mr Owens said: “It just makes zero sense to take me out of an isolated environment to a police station, then to the hotel.

“The whole thing is just ludicrous. If they were going to fine me, then so be it but what sense does it make to take me out of the controlled quarantined environment of my home, to mix with other people at the police station, and then to send me to Birmingham to mix with even more people.”

Wed Apr 21 , 2021
TORONTO—The Government of Ontario has shared preliminary plans with the City of Toronto to build two proposed transit-oriented communities at the future East Harbour Transit Hub and Corktown Station along the new Ontario Line subway. A municipal review is now underway and the province is expected host public consultations with […] 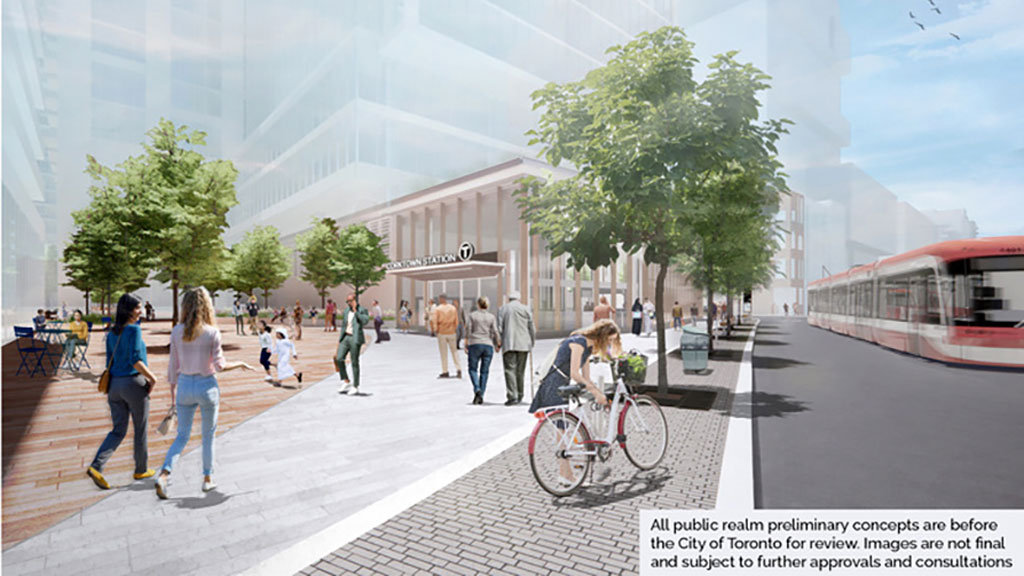