VINELAND – The outdated and out-of-service Vineland Police Department station couldn’t escape the long arm of the claw. A demolition crew is razing the 54-year-old former police headquarters the city replaced with a $20 million facility, located just across Plum Street. Full-scale demolition, launched last week, attracted spectators who spent their careers in the station’s […]

A demolition crew is razing the 54-year-old former police headquarters the city replaced with a $20 million facility, located just across Plum Street.

Full-scale demolition, launched last week, attracted spectators who spent their careers in the station’s maze of offices and cinderblock corridors.

Police Capt. Adam Austino has a lifetime of memories of the North Sixth Street station. He’s a second generation officer following in the footsteps of his dad, retired Lt. Robert Austino, who served the city’s police department for 30 years and is now Cumberland County Sheriff.

He watched excavator operator Gary Clarke of Delphi Contracting Inc. tear through an exterior wall, exposing what was once the detective department.

“I remember when I was a little kid going in with my dad, it was better memories,” said Austino, who joined the department in 2001. “You know you get soured on something at the end, (the building) was in such bad, deplorable condition.”

It’s appears a case of history repeating itself.

Back in 1964, then Mayor Henry “Bub” Garton launched an ambitious plan to transform the city block within Sixth, Seventh, Wood and Plum streets into a municipal civic center. His $1.9 million vision included a new police station as well as the seven-story City Hall, which at the time was reported to be one of the tallest buildings standing between Camden and Atlantic City.

The police headquarters was the first phase to come to fruition. Garton’s administration secured the approvals and $790,000 in funding that including municipal bonds to open the Vineland Public, Health and Welfare Building.

That permitted the police to relocate from its headquarters at the Boynton House, a former hostelry in the 600 block of Wood Street, that Garton dubbed an eyesore. The force consisted of 50 officers and 50 reserves.

During the Dec. 4, 1966 dedication ceremony, Garton made a prediction.

“The police section of this building will still function adequately when the department has grown to twice its present size,” he said.

The mayor was almost right.

As the Vineland Police Department added staff and services, it elbowed the building’s other uses, including the Vineland Municipal Court and the city’s community nursing program, out of the building.

Even as the lone occupant, the police found themselves overcrowded and uncomfortable in a deteriorating building.

In recent years, even the HVAC system gave up, forcing the department to rely on portable air conditioners and plug-in heaters.

There was no more room for the Sixth Street station to keep up with the times including providing locker room space for the increasing number of female officers.

The city partnered with the Cumberland County Improvement Authority for a novel financial alliance. The CCIA issued bonds to finance the project and technically owns the police station, which they lease to the city to recoup the debt.  At the end of the lease, the CCIA will transfer the building’s title to the city for $1.

“We worked very closely with the police department to make sure that we put as much as we can into the building and to make sure at the end of the day the building will be operational 30, 40, 50 years down the road,” said CCIA CEO Gerald Velazquez, echoing Garton at the Sept. 12, 2018 beam signing.

A year later, the Vineland Police Department started to move into its new headquarters, which is two stories and, at 66,000-square-feet, twice the size.

It took until last February to complete the relocation.

“The reason for the delay was the coordination with Verizon and the state for the 911 center,” said Ryan Feaster, the CCIA senior vice president of construction management. “They had to make sure all the systems were in place, they didn’t want to shut one down if the other one wasn’t fully tested and certified.”

Obsolete and unwanted, the vacant building sat for a year until asbestos abatement cleared the way for the demolition that began last week.

Delphi Contracting Inc. of Gloucester County has the $346,700 contract to raze the building, remove the debris, and restore the 1-acre site to a cleared level field. Tentative plans are to use the land for parking, said the city’s business administrator Bob Dickenson.

The demolition started with a synchronized effort between Delphi and the Vineland Municipal Electric Utility to remove transformers the utility wanted to save from the basement.

“Delphi opened up the walls because (the transformers) were 1,600 pounds-a-piece,” Feaster said.

It’s the end of era for the wood paneled police lobby that reflected bygones days when desk officers didn’t sit behind protective barriers and use speakers to talk with the public.

Just a few years back, neighborhood youngsters dropped their bikes at the station entrance, raced up the stairs to stand tippy toe at the stainless-steel water fountain. A few yards from the front desk, callers pushed coins into a pay phone tucked in an alcove offering the perception of privacy.

Anyone who needed to use the public restroom was handed a key attached to what appeared to be a paint can lid to guarantee they didn’t forget to hand it in.

“I remember going in the detective bureau and sitting in there while my dad was typing on a manual typewriter,” Austino said.

His dad’s colleagues, including Peter Coccaro, helped keep an eye on him during his childhood visits. Coccaro’s namesake son would also follow his dad onto the force and is now retired.

Even the most nostalgic officers said the building’s time had run its course.

There’s was a short window to glean some souvenirs.

“There were a few officers who expressed an interest in some memorabilia throughout the building that was either part of the structure or not something the city could give authorization to take without going through the full disposition process,” Feaster said. “Once the property was turned over to the demo contractor, I mentioned to them that there were some officers that would like to have somethings from the building.”

The demolition company set aside time for police staff to come and retrieve what they wanted.

“When (Delphi) gets to more of the brick area, I’m going to have the contractor have a pile of bricks so anyone who wants a memorial brick from the building can have one,” Feaster said.

Cardana took his locker door and Bowers has a piece of granite from the base of “The Protector.”

The bronze statue of a police officer holding the hand of a small child stood in front of the Sixth Street station since its dedication in May 1990. The artwork is safe in storage at the new station. The CCIA plans to build a base to match the new police headquarters and have it back on display.

Station bricks seem to be the most coveted keepsake with police getting calls from retirees asking how to get one. Some inquiries are coming from as far away as Florida.

Cardana joked about a text from a former colleague.

“He’s never talked to me, never called me, now he’s, ‘Can you get me a brick,’” Cardana said with a laugh, shaking his head.

“On the license plate is my employee number,” he said, taking a brick to add to his collection.

DeMarchi, who trades in memorabilia as a hobby, is skeptical the Vineland memento could become an asset down the road.

“It’s got more sentimental value than value that’s for sure,” he said. “I don’t think it will ever have a monetary value, but sentimentally, there’s a lot of us retired guys that spent a lot of good and bad days in that building.”

“We really want to try and remember some of the good ones for sure,” said DeMarchi.

Deborah M. Marko, a senior staff writer at The Daily Journal, is focused on breaking news and education issues. She also oversees community outreach programs that promote literacy and public safety. Got a story idea? Call 856-563-5256. Follow on Twitter: @dmarko_dj Instagram: deb.marko.dj  Help support local journalism with a subscription to The Daily Journal.

Sat Apr 17 , 2021
Canadians should find out in a week or so if the controversial quarantine hotel program will be extended, a top Air Canada executive says. Meanwhile, the Justice Centre for Constitutional Freedoms will be in court in Toronto on Wednesday (April 14) seeking an injunction against the program. ADVERTISING Trending Now […] 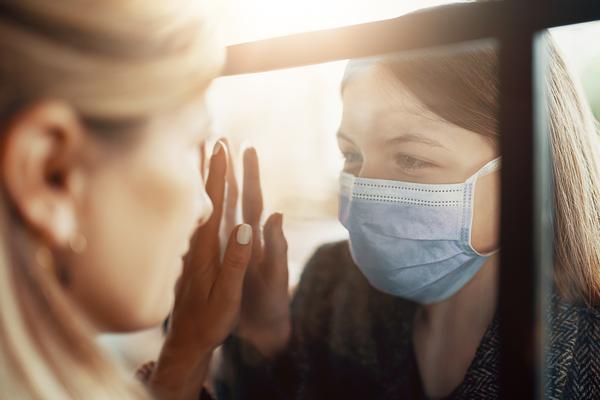