U.S. hotel demand grew in the week following the Fourth of July holiday, but at a margin that points to a continued lag in business travel.

In the week after the holiday, the demand rebound also was not as sharp, according to the latest weekly data from STR, CoStar’s hospitality analytics firm.

In 2019, hotel demand improved 13% in the week following the Fourth of July holiday, and occupancy hit 74%. This year, demand grew only 3% week to week, with 26 million room nights sold for the week ending July 10, and U.S. hotel industry occupancy reached 67.2%.

The difference illustrates the shortfall in business and group hotel demand that in normal times would have supplemented seasonal leisure demand.

Weekly U.S. hotel demand for the week was 92% of what it was during the comparable week in 2019. The week prior, demand surpassed the 2019 level, driven in part by a favorable calendar shift with the holiday falling on a Sunday in 2021 versus a Thursday in 2019.

Daily occupancy peaked again on Saturday at 80%, which was the fourth time this year that Saturday’s occupancy was above 80%.

Occupancy on Sunday, July 4, was 66%, which is solid but not as strong as on Memorial Day Sunday, when occupancy was 68%. Despite the higher Sunday occupancy, weekday occupancy was virtually unchanged from the previous week — up 0.2 points — and 2.6 points lower from its high three weeks ago. On a total-room-inventory basis, which accounts for temporarily closed hotels, weekly occupancy was 64.7%.

At the same time, the strength of pent-up leisure demand this summer in the U.S. is driving rates to record highs for some hotels and markets.

U.S. hotel average daily rate for the week ending July 10 reached an all-time high of almost $140, which was 5% higher than ADR in the comparable week of 2019.

More than 71% of markets reported higher weekly ADR versus the comparable week in 2019. However, a week ago, that percentage was 85%. Weekend ADR dropped from an all-time high the week prior, while weekday ADR was the highest since the start of the pandemic.

In the top 25 largest U.S. hotel markets, ADR continued to grow but remained below levels achieved in 2019 and early 2020. Outside of the top 25 markets, ADR was at a record level.

As a result, U.S. hotel revenue per available room reached its highest level since early November 2019, on a total-room-inventory basis.

Hotel RevPAR surpassed 2019 levels in 48% of all U.S. markets. That percentage is lower than it was the previous week, when hotels in 76% of markets beat 2019 RevPAR, which was again the result of the holiday shift.

On a 28-day moving average, which smooths out holiday shifts, RevPAR surpassed 2019 levels in 52% of all U.S. markets, which is categorized as “peak” performance according to STR’s Market Recovery Monitor.

At the market level, hotel demand indexed to 2019 ranged from 59% in New York to 121% in Sarasota, Florida. Six of the 10 markets with the highest demand indices were in Florida, and the remainder were leisure-oriented markets.

Occupancy, on a total-room-inventory basis, ranged from 93% in Gatlinburg/Pigeon Forge, Tennessee, to 49% in San Francisco, which was a slight increase from the previous week.

Six hotel markets had occupancy above 80% in the week versus 13 markets three weeks ago. The good news is that most markets had weekly occupancy between 60% and 80%.

It was also encouraging to see that occupancy for large hotels — with 300 or more rooms — increased to 58%, nearly the same level as three weeks ago.

This article represents an interpretation of data collected by CoStar’s hospitality analytics firm, STR. Please feel free to contact an editor with any questions or concerns. For more analysis of STR data, visit the data insights blog on STR.com.

Mon Jul 26 , 2021
Kevin Hall made golf look easy on Tuesday. The Ohio State grad – winner of the individual title at the 2004 Big Ten Championship – shot a bogey-free, 8-under 63 to finish at 6 under and earn the win at the APGA Tour Deere Run at the TPC Deere Run […] 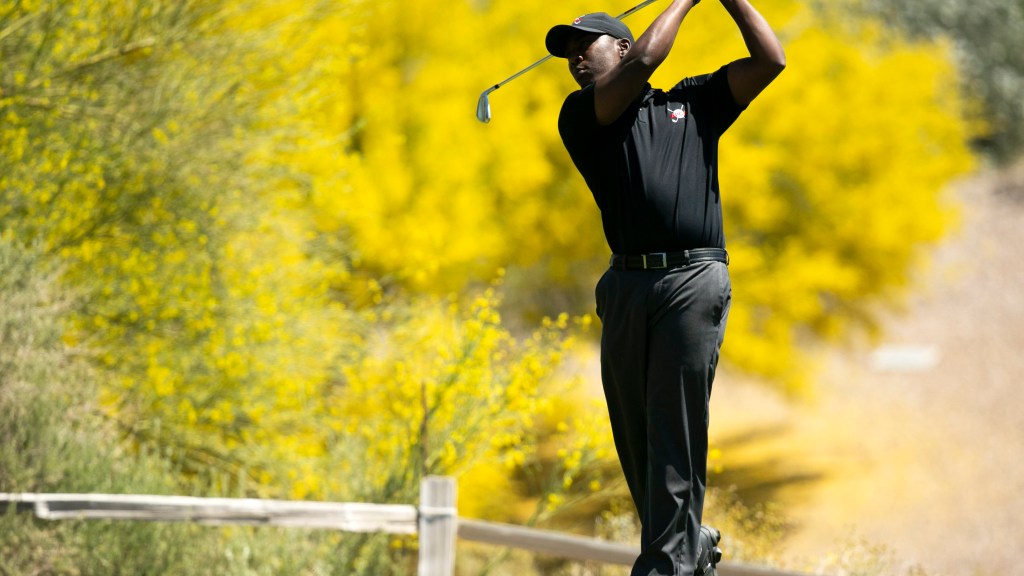