Japan’s idyllic Shirakawa Village has worked to mitigate overtourism and preserve the integrity of the local traditions and landscape by limiting visitors to those who respect the town’s heritage and embrace the spirit of mutual assistance that drives the local culture. In between the precipitous mountains and deep woodlands of […]

Japan’s idyllic Shirakawa Village has worked to mitigate overtourism and preserve the integrity of the local traditions and landscape by limiting visitors to those who respect the town’s heritage and embrace the spirit of mutual assistance that drives the local culture.

In between the precipitous mountains and deep woodlands of Shirakawa
Village, in central Japan, lies a sprawl of gassho-zukuri houses —
unique Japanese-style homes with steep-pitched, thatch-gabled roofs. The
dwellers of these traditional houses are the village’s original local residents.

In 1995, the region around this village transformed itself into one of the most
popular tourist destinations in Gifu Prefecture, when the village was
registered as a World Heritage Site by
UNESCO. This certified the universal value of the historic landscape
featuring these distinctive thatch-roofed housings and the traditional way of
life and culture that developed in this rural community — all of which still
remain essentially intact. And in 2020, a quarter of a century later, Shirakawa
Village (known in Japanese as “Shirakawa-go”) enjoyed renewed interest from
many tourists when it was selected as one of the “Top 100 Sustainable
Destinations in the
World” by Dutch nonprofit Green
Destinations.

With that as a backdrop, let us deep dive into the secrets of success behind
Shirakawa Village evolving into a sustainable tourist destination that has
managed to maintain its traditional way of life amid a beautiful rustic
landscape.

Evolving into a sustainable tourist destination by rebuilding the economic base

Shirakawa Village has long been referred to as “secluded” — 95.7 percent of the
surrounding area is a forest zone corralled by steep mountain slopes. Because
much of the land in this zone has been state-owned, it was difficult for the
private sector to develop industrial forestry in this area. But in 1995, when
UNESCO chose Shirakawa-go as the third village to be certified a World Heritage
Site, this small rural community with just around 1,600 residents suddenly found
itself establishing a global brand that could attract as many as 2.15 million
tourists a year from all over the world.

The Evolution of Nature-Based Carbon Offsets

However, the growing popularity of the village as a preferred destination has
resulted in
overtourism
and “zero-dollar
tourism,”
which are typical issues often faced by tourist hotspots. As an increasing
number of Shirakawa-go residents started tourism-related businesses, they
scrambled for a small slice of the pie, which eventually led to the vicious
cycle of trying to expand the pie by attracting more tourists to meet overly
emphasized economic needs. In other words, these villagers got trapped in the
pitfall of “mass tourism,” so to speak. But what is noteworthy about Shirakawa
Village is that the local community has succeeded in turning things around quite
drastically — to the extent of being named one of the “Top 100 Sustainable
Destinations in the World,” all amid the challenges of the
COVID-19 pandemic.

“We want to evolve into a sustainable destination. For that, we must rebuild the
economic base that we still mainly rely on for mass tourism. Rather than
attracting more tourists, our priority is in retaining the value of our local
community. We need to redefine our brand,” says Tatsuya Ozaki, the deputy
manager of the Shirakawa Village Tourism Promotion Section. 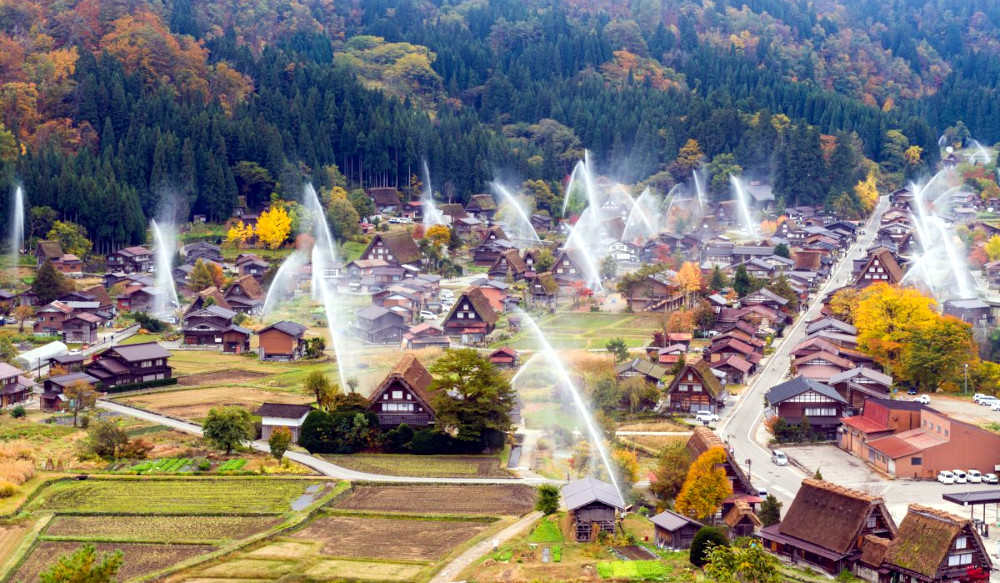 There are two initiatives carried out at Shirakawa Village that Green
Destinations found particularly impressive. One is the implementation of a
reservation-only policy that proved to be highly effective in preventing
overcrowded by tourists. The village first introduced this policy as a seasonal
measure several years ago, when the nightly illumination
events during winter began attracting
an excessive number of visitors. From January 2019, the village enforce this
reservation-only policy throughout the year, applying it also to tourists
visiting by car and making Shirakawa Village a reservation-only destination all
year round.

Another initiative that was well-received by the Dutch NGO was the village’s
strict fire-prevention measures. The gassho-zukuri houses are very vulnerable
to fire, being old buildings primarily made of wood and thatches. In addition to
holding water-spraying drills and inspecting the water sources used for
extinguishing fire on a regular basis, the residents make it routine to patrol
the village four times a day to look for fire hazards. In fact, when a fire
broke out in one of the thatched-roof houses in 2019 (which coincidentally was
the year when Shuri Castle in
Okinawa and Notre Dame Cathedral in Paris, two historic monuments
also registered as UNESCO World Heritage Sites, burned down), residents from
young to old got together voluntarily with water guns to help the firefighting
team extinguish the fire. Thanks to their concerted efforts, the villagers were
able to prevent the fire from spreading to other houses nearby. 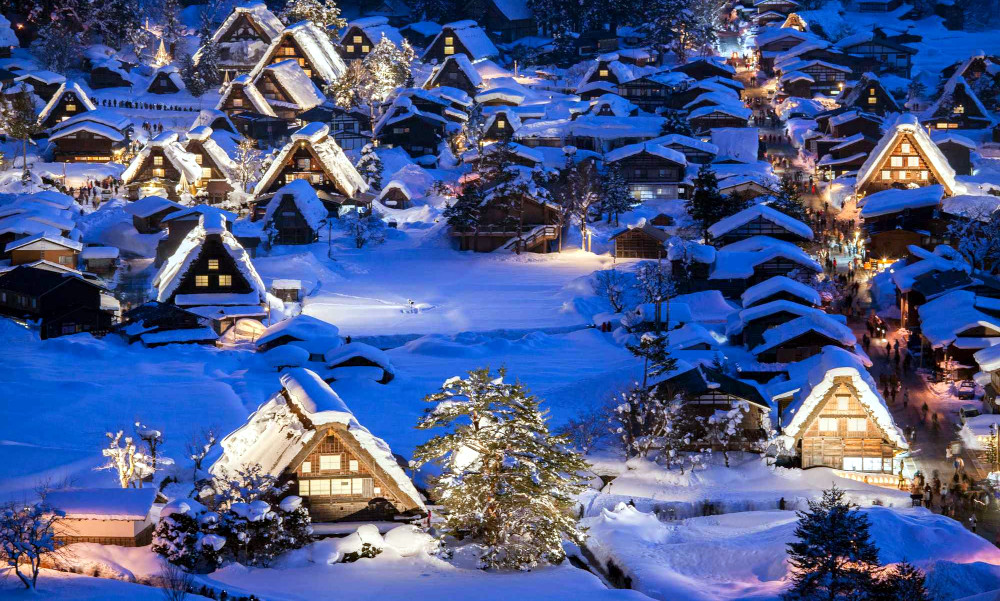 Another factor that led the NGO to highly evaluate Shirakawa-go’s readiness
against fire was the booth newly set up inside the village for heat-not-burn
tobacco
smokers.
This installation was part of a collaboration agreement between Shirakawa
Village and Philip Morris Japan, which provided a booth for paper-rolled
cigarette smokers outside the village.

Interestingly, these booths also serve the role of unstaffed tourist-information
centers. While the smoking booth set up inside the village is limited to
heat-not-burn tobacco smokers only, the idea to set up another booth for
paper-rolled cigarette smokers outside the village was adopted to respond to the
needs of both types of smokers and to considerably mitigate the risk of fire in
the village at the same time.

“I can clearly see that these booths have brought about significant changes in
both the safety and environmental aspects of the village,” Ozaki says. He went
on to explain that a rule was once enforced to make the village a complete
no-smoking zone, but that did not help eliminate paper-rolled cigarette smokers
— there were always violators puffing away in hidden spots. At one time, the
villagers even found visitors smoking paper-rolled cigarettes under the eaves of
a fire-prone thatch-roofed house, which made Ozaki realize that enforcing a
total smoking ban or even setting up ashtrays in designated areas would not help
reduce the risk of fire but could actually heighten the risk.

Underpinning the initiatives that Shirakawa Village has taken to become a
sustainable destination is the spirit of “yui,” which is a traditional system
of mutual assistance that the locals have been practicing generation after
generation in literally every aspect of their lives. Yui was originally
conceived as a local term to describe the unique connections and bonds built
among the locals. In recent years, it was reinterpreted in the context of a
cultural heritage seen, for example, in the traditional re-roofing work by
villagers helping one another in the straw-cutting process to bundle the fresh
straw to be used as new thatches. This annual ritual has been included as one of
the programs in village tours designed to offer tourists a chance to directly
watch, feel and experience the concept of yui in action. 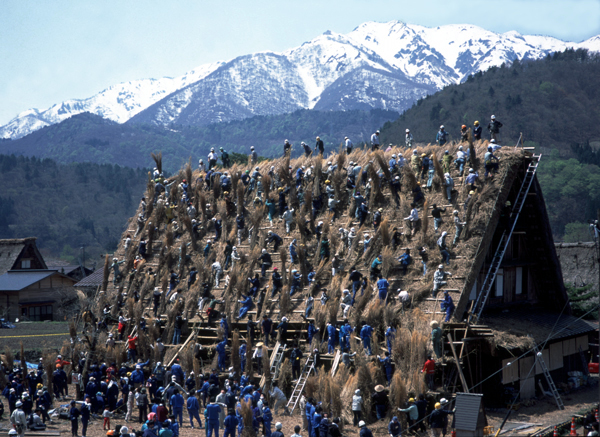 The updated version of the spirit of yui can now be felt in the local academic
environment, as well. Japan’s Ministry of Internal Affairs and
Communications has designated Shirakawa Village as a pilot location to test
the functionality of 5G mobile communication systems. In addition to the
organizers of this village using state-of-the-art, ultrahigh-speed
communications technology to disseminate information and disperse the number of
incoming tourists, the benefits of 5G are also being shared with a total of
approximately 110 students enrolled at Shirakawa-go Gakuen, a
primary-to-middle school run by the local government. Here, they are seriously
discussing the future of Shirakawa Village and exchanging fresh ideas to find
solutions to the challenges faced by the locals.

Ozaki says: “The natural bonds established among the villagers regardless of
which generation they come from is another form of blessing driven by the spirit
of yui.”

To appreciate the real value of Shirakawa Village as a World Heritage Site,
visitors should focus not only on the traditional landscape and the famous
gassho-zukuri buildings but should also fully embrace the concept of yui,
i.e., the spirit of mutual assistance that drives the local culture. For the
people of Shirakawa-go, attracting tourists en masse is not their priority; they
place more importance on receiving visitors that are interested in understanding
the cultural heritage of the area.

Ozaki says: “We need to develop a form of tourism that is
sustainable.
To achieve this objective, we want to welcome visitors with whom the locals can
interact as equal
partners
sharing the same sense of values and awareness to preserve this region. Although
we do not intend to fully deny the benefits of mass tourism — since that is
supporting the livelihoods of the villagers today — we would like to shift our
tourism in the direction of offering personalized experiences that can enhance
the value of Shirakawa Village as a sustainable tourist destination, via
interactive programs designed to allow visitors to enjoy indulging in the
village lifestyle. That will be our mission going forward.”

Since the start of 2021, the municipal authorities, including the government of
Gifu Prefecture, have been staying vigilant and taking strict cautionary
measures to prevent tourists from bringing
COVID-19
into Shirakawa Village or spreading such from this region. If you are interested
in visiting Shirakawa Village, be sure to choose an appropriate timing when you
can feel safe — reaching this destination as a traveler that not only enjoys the
landscape but that also appreciates the rich culture and fully respects the
safety policies, so as to help keep Shirakawa Village sustainable.

Wed Aug 11 , 2021
With leisure travel on the rebound, it may seem like everything is costing extra and taking more effort to secure a reservation, especially for car rentals. Yet the airline industry continues to roll out discounted airfare and attractive package deals, enticing passengers back to the skies. With the heightened interest […] 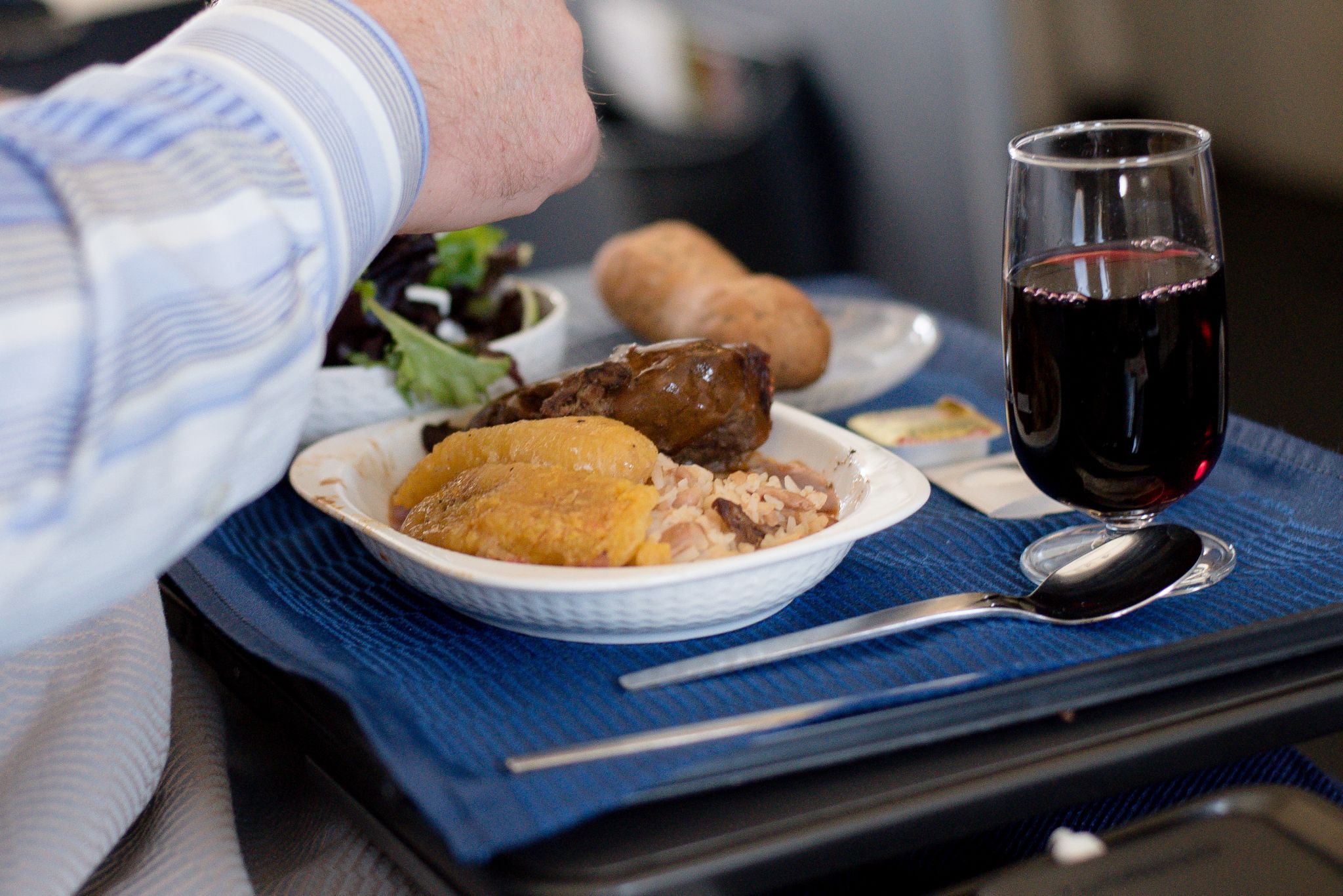